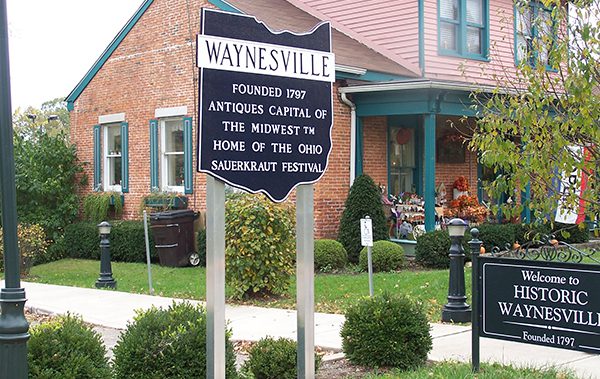 Beavercreek Heating & Cooling is proud to serve Waynesville, Ohio, and surrounding areas. We offer Beavercreek area residents high-quality Heating, Cooling, Indoor Air Quality products and services for homeowners on all types of budgets. This means we have the prices you want, the service you need, and the comfort you deserve.

As a proud member of the Five Star Heating & Cooling Group, we make a strong commitment to customer satisfaction. We offer around-the-clock local emergency HVAC repair services 365 days a year, including holidays. During the winter, we also offer emergency furnace repair. Need a tune-up? We offer A/C and furnace maintenance to make sure you’re ready for the upcoming season. We service all brands of HVAC equipment in Waynesville, OH, such as Amana, Trane, and more! With our stress-free and quick scheduling options, we are here to help you. Experience the Five Star Difference with Beavercreek Heating & Cooling.

The name was given in honor of General “Mad” Anthony Wayne. Among other things, Waynesville is known for its antique stores and its annual sauerkraut festival. The famous Caesar Creek State Park is located five miles east of Waynesville.

Many consider this village to be the “Antiques Capital of the Midwest” and also consider it a microcosm of American heritage. The town’s history goes back to 1797, when it was founded by Samuel Heighway. They originally hoped Waynesville would become the capital of the Northwest Territory. Although that dream was never realized, Waynesville did eventually become one of the most historically unique tourist spots in Southern Ohio. Heighway, an engineer from England, along with other English frontiersmen settled Waynesville on March 8, 1797. He and his partners purchased a total of 30,000 acres in the Symmes Purchase.

They intended to start a plantation there between the Little Miami River and Great Miami River. In 1796, a settlement party cleared out land previously surveyed by Heighway as early as 1792.  More than 10 tons of implements and supplies were bought at Baltimore and brought to Philadelphia where the party gathered.  From there, these were stowed aboard a 12 by 36 foot flatboat they called the “Kentucky Ark.” It travelled on the Allegheny and Monongahela Rivers to the Ohio River.