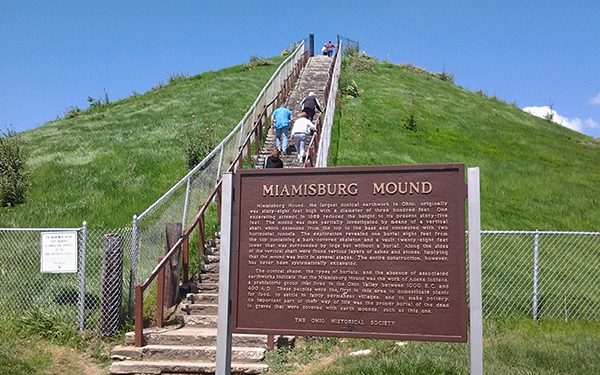 Beavercreek Heating & Cooling is proud to serve Miamisburg, Ohio, and surrounding areas. We offer Beavercreek area residents high-quality Heating, Cooling, Indoor Air Quality products and services for homeowners on all types of budgets. This means we have the prices you want, the service you need, and the comfort you deserve.

As a proud member of the Five Star Heating & Cooling Group, we make a strong commitment to customer satisfaction. We offer around-the-clock local emergency HVAC repair services 365 days a year, including holidays. During the winter, we also offer emergency furnace repair. Need a tune-up? We offer A/C and furnace maintenance to make sure you’re ready for the upcoming season. We service all brands of HVAC equipment in Miamisburg, OH, such as Amana, Trane, and more! With our stress-free and quick scheduling options, we are here to help you. Experience the Five Star Difference with Beavercreek Heating & Cooling.

Known for its large industry, historic sites and shopping attractions, Miamisburg is a suburb of Dayton located in Montgomery County. The city has a population of nearly 21,000 people. In addition to being home to the Dayton Mall, the city is also the home of the famous Miamisburg Mound, a landmark historical site left by native cultures of ancient times. The mound was believed to have been built by the Adena Culture and is the largest of its kind in the state.

Although it was originally established with the name “Hole’s Station,” in 1797, eventually the community became a village. In 1822, the town was given its new name “Miamisburg” after the Miami River. After further growth in the area, Miamisburg gained its status as a city in the 1920s.

Subsequently, much of the town’s growth came in the 1840s and 1850s as a result of the construction of the Miami Erie Canal, which started in 1827. After WWII, Miamisburg served as the location of one of the first atomic energy facilities in the nation. Later, in the 1990s, production there was stopped.

On July 8, 1986, a train derailed along the river in Miamisburg that ignited yellow phosphorus and resulted in the evacuation of more than 30,000 ‒ the biggest evacuation in the state’s history, which ended in more than $1 billion in lawsuits.

Believed to have been built by the Adena Culture, around 1000 to 200 BCE, Miamisburg is the location of a prehistoric Indian burial mound (tumulus) that served as an ancient Indian burial site. Today, the mound is the most recognizable historic landmark in Miamisburg. It is the largest conical burial mound in Ohio. As of 1848, the mound stood 68 feet high with a circumference of 852 feet. Today the mound is a great place to have a picnic and it draws tourists from all over.

It is located in one of the city’s parks, at 900 Mound Avenue, which is designated as an Ohio historical site. Even so, visitors are allowed to climb to the top of the Mound. They’ve build 116 concrete steps into its side.

In addition to all the beautiful parks, Miamisburg hosts a wide range of community events throughout the year that feature all sorts of festivities, food, live music, car shows, and block parties.  These festivities include “Spring Break in the Burg” every spring, and the “Spring Fling” festival celebrated in Library Park in the downtown area.

In the fall for Halloween, they also host “Boo in the Burg” downtown. Local businesses have special shopping and food specials for patrons during that event.

Also downtown, every summer they have an annual bicycle race known as “Tour D’Burg.”

Our team at Beavercreek Heating & Cooling proudly serves the residents of Miamisburg, Ohio, among neighboring communities, with the absolute highest level of customer service possible at the most competitive and affordable prices in the market. For each and every customer we serve, day in and day out, we strive to provide our Five Star Experience each and every time.

For those Miamisburg residents looking to stay cool during the hot, Ohio summers, we have around-the-clock emergency HVAC repair service (365 days a year) as well as affordable A/C installation and air conditioning system replacement. We also have emergency furnace repair (available day and night as well), heat pump repair, and furnace installation, and heating system replacement. We service all brands and types of HVAC equipment, no matter the age!