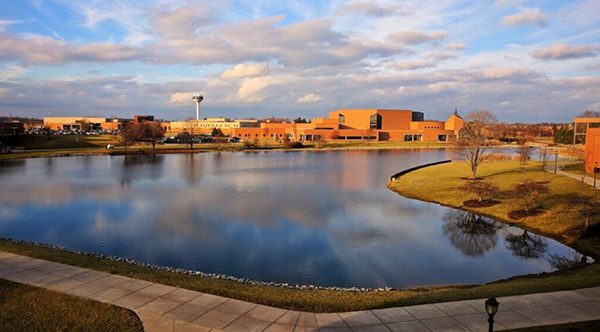 Beavercreek Heating & Cooling is proud to serve Cedarville, Ohio, and surrounding areas. We offer Beavercreek area residents high-quality Heating, Cooling, Indoor Air Quality products and services for homeowners on all types of budgets. This means we have the prices you want, the service you need, and the comfort you deserve.

As a proud member of the Five Star Heating & Cooling Group, we make a strong commitment to customer satisfaction. We offer around-the-clock local emergency HVAC repair services 365 days a year, including holidays. During the winter, we also offer emergency furnace repair. Need a tune-up? We offer A/C and furnace maintenance to make sure you’re ready for the upcoming season. We service all brands of HVAC equipment in Cedarville, OH, such as Amana, Trane, and more! With our stress-free and quick scheduling options, we are here to help you. Experience the Five Star Difference with Beavercreek Heating & Cooling.

Today, Cedarville is a well-known destination and a friendly conservative college town located northeast of Xenia in Greene County. Currently, the town has a population of more than 4,300 residents, some of whom are famous. Of the most prominent residents in Cedarville, Ohio’s 70th Governor, Mike DeWine, is a native and lifelong resident of community.

Originally laid out with the name Milford in 1816, a U.S. Post Office with the name “Massies Creek” was established in the village in 1837. However, in 1843, the village’s name was changed to Cedarville. It was given that name because of a growth of cedar trees near the original town site.

From the 1880s on, public life in Cedarville centered mostly around the downtown Cedarville Opera House, which still stands today. Today it is listed and registered with the National Register of Historic Places. Since 1887, the village has also been home to the well-known Cedarville University, a Baptist college.

Cedarville is well-known throughout the region for its famous Labor Day festivities, namely the annua CedarFest. Originally, CedarFest started as a celebration for the town because it is the birthplace of James H. Kyle, a 19th century American politician, and prominent Populist. As a political person, Kyle is credited for getting the Labor Day holiday federal recognition as an official national holiday. The popular festival every year features a parade, a performance by the high school’s marching band, games, food, carnival rides and more. They also have a church service and a variety of exhibitions of the local food available in the village. Finally, the weekend of festivities concludes with fireworks in Cedar Park.

During the first weekend of December, Cedarville coordinates the village’s annual exterior lighting decorations for the village’s Little Town of Lights competition, which draws in people from all over the area.  The festivities for this event includes hay rides, outdoor Christmas caroling, photos with Santa Claus, and samples of the local food. This is in conjunction with a live Nativity scene outside of Grace Baptist Church.