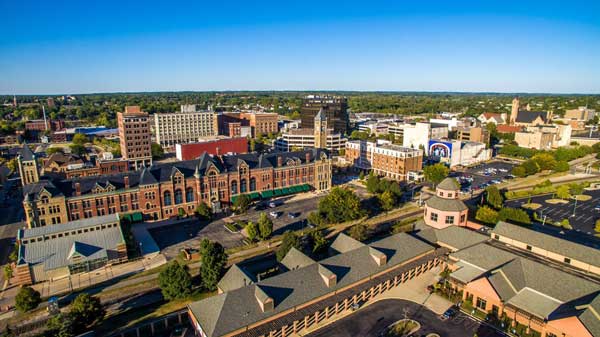 Beavercreek Heating & Cooling is proud to serve Springfield, Ohio, and surrounding areas. We offer Beavercreek area residents high-quality Heating, Cooling, Indoor Air Quality products and services for homeowners on all types of budgets. This means we have the prices you want, the service you need, and the comfort you deserve.

As a proud member of the Five Star Heating & Cooling Group, we make a strong commitment to customer satisfaction. We offer around-the-clock local emergency HVAC repair services 365 days a year, including holidays. During the winter, we also offer emergency furnace repair. Need a tune-up? We offer A/C and furnace maintenance to make sure you’re ready for the upcoming season. We service all brands of HVAC equipment in Springfield, OH, such as Amana, Trane, and more! With our stress-free and quick scheduling options, we are here to help you. Experience the Five Star Difference with Beavercreek Heating & Cooling.

Also known as the “Champion City,”Springfield is the county seat of Clark County and is located about 25 miles northeast of Dayton along the Mad River and the Beaver and Buck creeks. Today, the city is home to Wittenberg University, a liberal arts college with a healthy population of 60,000. Springfield is also a known destination for hikers and cyclists, with the Little Miami Scenic Trail running from the Buck Creek Scenic Trail into Springfield. Overall, this paved rail-trail is 80 miles long and goes all the way south to Newtown, Ohio, which isn’t far from Cincinnati.

In its 50th-anniversary magazine edition, Newsweek featured Springfield in 1983 in a story called, “The American Dream,” which documented the effects of the previous 50 years of change on five families from Springfield. Then, in 2004, Springfield was selected as an “All-America City.”

Before settlers came to the area, the historic Shawnee Indians lived in the area of Springfield; their villages were called Piqua and Peckuwe. Those villages were destroyed, however, during the frontier wars and the American Revolutionary war. The battle of Piqua was Aug. 8, 1780. Then, in October of 1786, Benjamin Logan’s raid took place near Springfield. The area was subsequently settled by European settlers, who then developed the area.

In recent years, the Piqua Sept of the Ohio Shawnee Tribe established a traditional sacred cedar pole in memory of the Peckuwe village location and their tribe; this is now registered as a state historical marker.